The quest to cram ever more human beings into ever-decreasing square footage of city real estate continues – with a skyscraper suspended from an asteroid.

A New York architecture firm is proposing a design for the world’s tallest building Analemma Tower, which would hang down from the sky suspended by air cables attached to an asteroid.

“Analemma inverts the traditional diagram of an earth-based foundation, instead depending on a space-based supporting foundation from which the tower is suspended. This system is referred to as the Universal Orbital Support System (UOSS),” Clouds Architecture Office said in a statement.

“By placing a large asteroid into orbit over earth, a high strength cable can be lowered towards the surface of earth from which a super tall tower can be suspended. Since this new tower typology is suspended in the air, it can be constructed anywhere in the world and transported to its final location.” 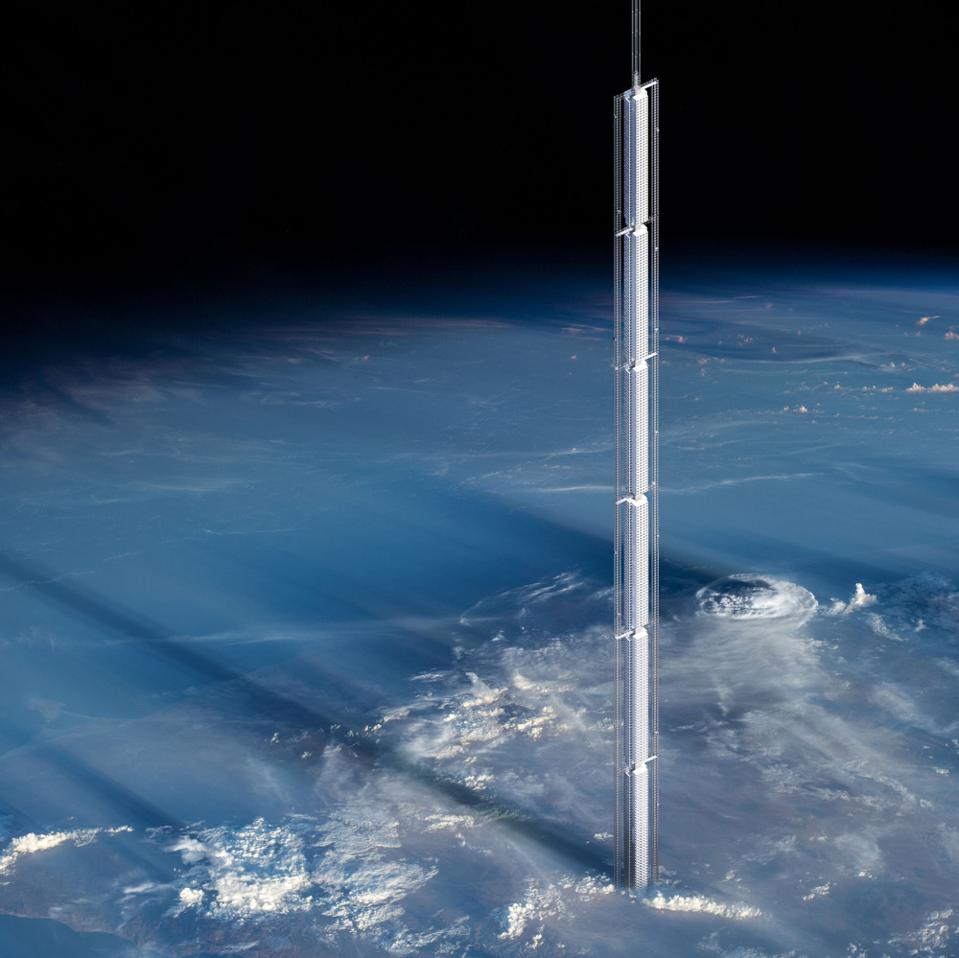 The proposed Analemma Tower would be suspended by air cables from an asteroid placed in eccentric geosynchronous orbit. Credit: Clouds Architecture Office

This portability would allow the company to construct the tower in the sky over Dubai in the United Arab Emirates, which the company says “has proven to be a specialist in tall building construction at one fifth the cost of New York City construction”. Clouds Architecture Office then plans to move the finished tower to New York.

Of course, living in a building like this would be quirky to say the least.

“Business is conducted at the lower end of the tower, while sleeping quarters are approximately 2/3 of the way up. Devotional activities are scattered along the highest reaches, while surface transfer points take advantage of high topography,” the company explains.

“The size and shape of windows changes with height to account for pressure and temperature differentials. The amount of daylight increases by 40 minutes at the top of the tower due to the curvature of the earth.” 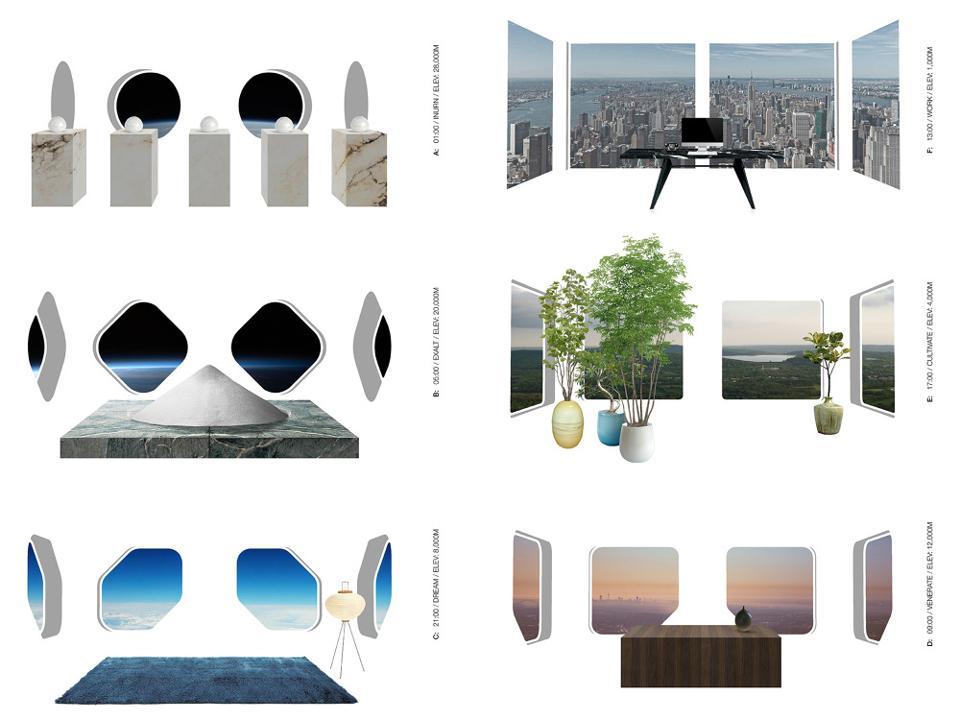 Views out from various heights along the tower calibrated to the 24-hour orbital cycle. The size and shape of windows changes with height to account for pressure and temperature differentials. Credit: Clouds Architecture Office

The asteroid that Analemma Tower is connected to would be placed in a geosynchronous orbit that would describe a figure of eight over the Earth. The tower would be moving at its slowest speed at the top and the bottom of the figure eight orbit, allowing its inhabitants to interact with Earthlings at these points.

The slowest part of the entire trajectory would happen over New York and the whole trip would take 24 hours. The loop would also include passes over the south east coast of the US, Cuba, Ecuador and Peru.

The company believes the tower would more than recoup the astronomical costs for construction, given that it “taps into the desire for extreme height, seclusion and constant mobility”. Even the less-than-ideal conditions at the top of the tower might be appealing to a certain demographic.

“While researching atmospheric conditions for this project, we realized that there is probably a tangible height limit beyond which people would not tolerate living due to the extreme conditions. For example, while there may be a benefit to having 45 extra minutes of daylight at an elevation of 32,000 meters, the near vacuum and -40C temperature would prevent people from going outside without a protective suit,” the firm said.

“Then again, astronauts have continually occupied the space station for decades, so perhaps it’s not so bad?”